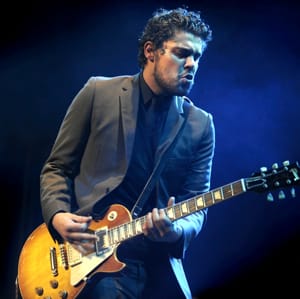 Australian singer and songwriter Dan Sultan has an Irish father and his mother is from the Aborigine "Arrernte" and "Gurindji" people. Sultan is based in Melbourne (Victoria). In 2007, Sultan (with Scott Wilson) released the album "Homemade Biscuits"and won Single of The Year at the 2007 Deadly Awards for his song "Your Love is Like a Song". His second album "Get Out While You Can" (2009) reached #1 on the independent Australian charts. Dan Sultan made his movie debut in the 2009 film Bran Nue Dae.

Is your favourite Dan Sultan MIDI Karaoke File or MP3 backing track missing? If you need a new backing track that’s unavailable at the current time, click in the Contact button at the top of the page and request the backing track. If the song is current and in the charts, chances are we may produce it at normal catalogue prices.