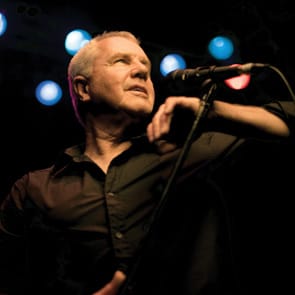 Daryl Braithwaite was the lead singer for one of Australia's leading pop bands of the 1970's, "Sherbet". With 20 hits under their belt, the band broke up in 1979. His first solo single a cover of "You're my World" went to #1 nationally. Braithwaite made good in the 1980's with the albums Edge and Rise. The albums included #1 hits "As the Days go By", "All I Do", "One Summer" and "The Horses". (Bio by John Ialuna 2013)

Is your favourite Daryl Braithwaite MIDI Karaoke File or MP3 backing track missing? If you need a new backing track that’s unavailable at the current time, click in the Contact button at the top of the page and request the backing track. If the song is current and in the charts, chances are we may produce it at normal catalogue prices.