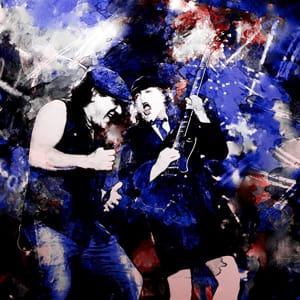 AC/DC are an Australian rock band forming in 1973 with enormous success in Australia before moving to the UK where the album TNT established the band in their genre. US success followed shortly with the Mutt Lange produced album "Highway to Hell". Sadly, lead singer and much loved Bon Scott died a rock'n'roll death during the Back in Black sessions. He was replaced by Brian Johnson who took the mantle with respect and won over the bands loyal fans.

Is your favourite Ac/dc MIDI Karaoke File or MP3 backing track missing? If you need a new backing track that’s unavailable at the current time, click in the Contact button at the top of the page and request the backing track. If the song is current and in the charts, chances are we may produce it at normal catalogue prices.