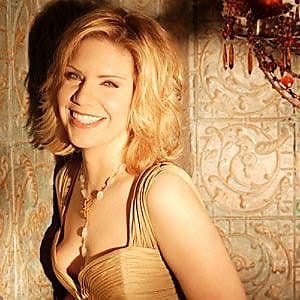 Country and bluegrass performer Alison Krauss is an American musician, singer and songwriter. Krauss has released over 14 albums since beginning her professional career around 1987 and played on many soundtracks, including O Brother, Where Art Thou and Cold Mountain. Alison Krauss has won a staggering 28 Grammy awards (as of 2012) making her the most awarded recipient of music industry's highest honor.

Is your favourite Alison Krauss MIDI Karaoke File or MP3 backing track missing? If you need a new backing track that’s unavailable at the current time, click in the Contact button at the top of the page and request the backing track. If the song is current and in the charts, chances are we may produce it at normal catalogue prices.