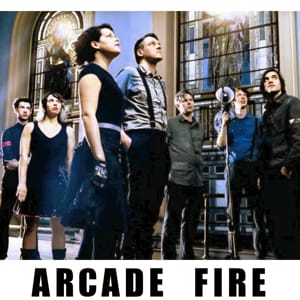 Arcade Fire are a Canadian indie rock band based in Montreal, Quebec. The band was created in 2001 by Win Butler and Josh Deu, friends from high school. Arcade Fire rose to success on the back of their 2004 debut album "Funeral" and have collected many industry awards including album of the year, a Grammy and Brit awards among others. Most of the band are multi-instrumentalist and enjoy moving between instruments while recording and touring.

Is your favourite Arcade Fire MIDI Karaoke File or MP3 backing track missing? If you need a new backing track that’s unavailable at the current time, click in the Contact button at the top of the page and request the backing track. If the song is current and in the charts, chances are we may produce it at normal catalogue prices.