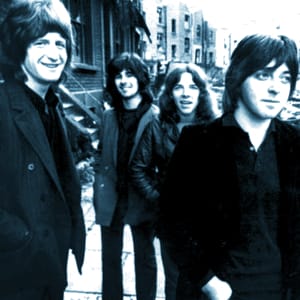 Badfinger were a British rock band led by singer/songwriter Peter Ham, Mike Gibbins, Tom Evans and Joey Molland. Badfinger evolved from The Iveys and were signed to the Beatles Apple label in 1968. The band released a line of hits, including McCartney's "Come and get It", "No Matter what", "Day after day" and "Without you". Badfinger were on a roll with major success in the USA, UK, Canada and Australia. Their success came undone with the collapse of Apple and a failed deal with Warner Brothers when manager Stan Polley was accused of pocketing a large sum of the bands money. The frustration was fatal for the band and deadly for Pete Ham, who suicided over the band's turn of fortune. Sadly, Tom Evans never got over seeing his friend die and took his own life in much the same way as Peter Ham.

Is your favourite Badfinger MIDI Karaoke File or MP3 backing track missing? If you need a new backing track that’s unavailable at the current time, click in the Contact button at the top of the page and request the backing track. If the song is current and in the charts, chances are we may produce it at normal catalogue prices.