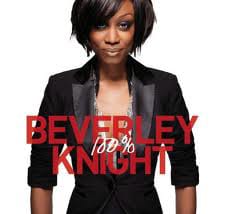 Beverley Knight MIDI Files Backing Tracks - is a composer, performer and producer in the R&B Soul genre. Knight has a distinction of being a MBE recipient by Queen Elizabeth II as part of her charity work. She has also branched into acting on the BBC TV sihoew 'Just the two of us' and hosted several Gospel Nights Specials, exploring the genre and it's many fine artists. (© 2013 John Ialuna Biography author )

Is your favourite Beverley Knight MIDI Karaoke File or MP3 backing track missing? If you need a new backing track that’s unavailable at the current time, click in the Contact button at the top of the page and request the backing track. If the song is current and in the charts, chances are we may produce it at normal catalogue prices.