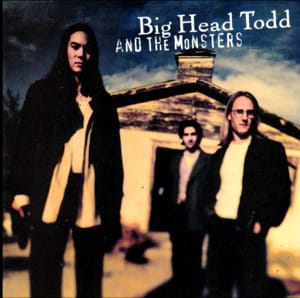 Colorado rock band Big Head Todd and the Monsters formed in 1986, touring Denver clubs and working up a loyal following. In 1989, the band formed Big Records, releasing their first album Another Mayberry. The band eventually signed to Giant Records where they released of moderately successful albums.

Is your favourite Big Head Todd And The Monsters MIDI Karaoke File or MP3 backing track missing? If you need a new backing track that’s unavailable at the current time, click in the Contact button at the top of the page and request the backing track. If the song is current and in the charts, chances are we may produce it at normal catalogue prices.