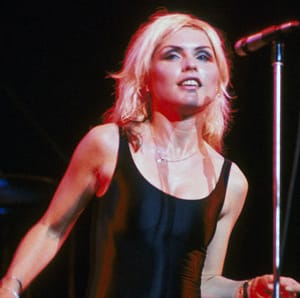 Fronted by the charismatic Deborah Harry, Blondie began as a new wave band in the mid 1970's by singer Deborah Harry and guitarist Chris Stein. With the help of Australian music show "Countdown" and host "Ian Molly Meldrum", their 1978 release "Parallel Lines" shot the band to international fame and included the singles "Heart Of Glass", "Call Me" and "Atomic". Blondie was inducted in the Rock and Roll hall of fame in 2006 and to date has sold over 40 million albums.(© 2013 John Ialuna Biography author)

Is your favourite Blondie MIDI Karaoke File or MP3 backing track missing? If you need a new backing track that’s unavailable at the current time, click in the Contact button at the top of the page and request the backing track. If the song is current and in the charts, chances are we may produce it at normal catalogue prices.