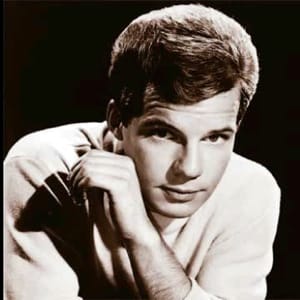 Bobby Vee (real name Robert Thomas Velline ) is an American singer and recoding artist. Born April 30, 1943, Bobby Vee has nearly 40 Top 100 chart hits with 10 making the Top 20 Billboard chats. He began his career as a 15 year old, with a hastily arranged gig to fill in on a tour that just saw Buddy Holly, Richie Valens and the Big Bopper killed in an air crash. Vee's first international hit was "Rubber Ball" followed by the #1 "Take Good Care of My Baby" and "The Night Has a Thousand Eyes".

Is your favourite Bobby Vee MIDI Karaoke File or MP3 backing track missing? If you need a new backing track that’s unavailable at the current time, click in the Contact button at the top of the page and request the backing track. If the song is current and in the charts, chances are we may produce it at normal catalogue prices.