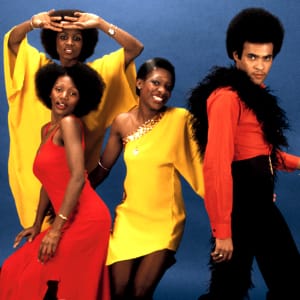 Boney M are a disco band formed in 1975 by German record prodcer Frank Farian. The original Boney M were Bobby Farrell , Maizie Williams, Liz Mitchell and Marcia Barrett. The band name came courtesy of an Australian detective TV show "Boney". All up, Boney M have released 8 studio albums and become very popular in places as far as Russia, where their single "Rasputin" was banned.

Is your favourite Boney M MIDI Karaoke File or MP3 backing track missing? If you need a new backing track that’s unavailable at the current time, click in the Contact button at the top of the page and request the backing track. If the song is current and in the charts, chances are we may produce it at normal catalogue prices.