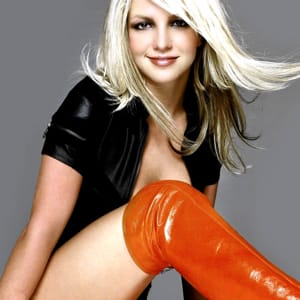 Born Britney Jean Spears (December 2, 1981), Britney Spears is an American Singer, songwriter and actress. Her 1999 "Baby One More Time" and 2000 "Oops! I did it again" albums became massive international successes. Futher successes in music and film followed however Spears suffered personal struggles and erratic behaviour. She wisely took a hiatus from performing and has returned in 2013 with a new album and hit single "Work Bitch!" and an upcoming show "Britney: Piece of Me": in a 2 year Las Vegas Casino residency. (Artist bio by John Ialuna)

Is your favourite Britney Spears MIDI Karaoke File or MP3 backing track missing? If you need a new backing track that’s unavailable at the current time, click in the Contact button at the top of the page and request the backing track. If the song is current and in the charts, chances are we may produce it at normal catalogue prices.