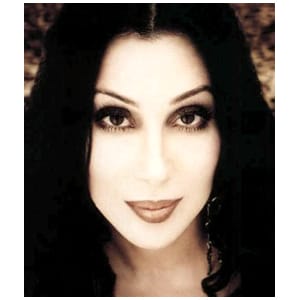 Cher MIDI Files Backing Tracks - Born Cherilyn Sarkisian on May 20, 1946. Cher is an American singer, actor and one half of "Sonny & Cher" during the 1960's. Cher went solo during the late 1960's scoring hits with "Bang Bang (My Baby Shot Me Down)", "Gypsys, Tramps & Thieves" and "Half-Breed". She spent the 1970's and early 1980's singing in Vegas and making movies. During the late 1980's Cher scored massive worldwide hits with ":I found someone" and "If I Could Turn Back Time". Cher pioneered the use of "Auto-Tune" on her biggest hit "Believe". (© 2013 John Ialuna Biography author)

Is your favourite Cher MIDI Karaoke File or MP3 backing track missing? If you need a new backing track that’s unavailable at the current time, click in the Contact button at the top of the page and request the backing track. If the song is current and in the charts, chances are we may produce it at normal catalogue prices.