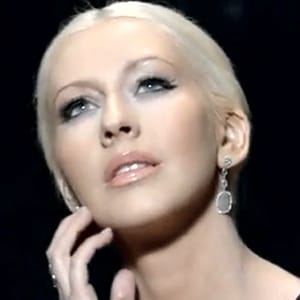 Christina María Aguilera was born on the 18th December 1980. Aguilera is an American singer-songwriter, record producer and film actress. Her self titled debut album (released in 1999) had 3 Top 10 singles,'Genie in a Bottle', 'What a Girl Wants', and 'Come On Over Baby (All I Want Is You)'. Further success includes the songs' Beautiful' and no less than 4 Grammy awards. In 2013, Aguilera teamed with "A Great Big World" for the #1 hit "Say Something". (© 2013 John Ialuna Biography author)

Is your favourite Christina Aguilera MIDI Karaoke File or MP3 backing track missing? If you need a new backing track that’s unavailable at the current time, click in the Contact button at the top of the page and request the backing track. If the song is current and in the charts, chances are we may produce it at normal catalogue prices.