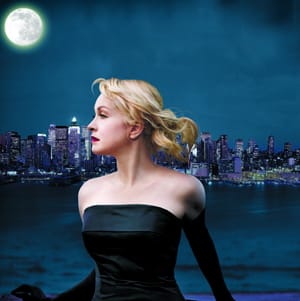 Real name Cynthia Ann Stephanie Lauper and born on June 22, 1953. Cyndi Lauper is an American Songwriter, performer and actress. Her global smash debut album "She's So Unusual" included "Girls Just Want to Have Fun", "Time After Time", "She Bop", and "All Through the Night".

The album topped the charts around the world. Lauper has released over 10 studio albums and 40 singles and is the recipient of Grammy, Billboard, AMA, MTV and VMA awards. Her 2010 album "Memphis Blues" held #1 poition for 3 months and won Blues album of the year. (© 2013 John Ialuna Biography author)

Is your favourite Cyndi Lauper MIDI Karaoke File or MP3 backing track missing? If you need a new backing track that’s unavailable at the current time, click in the Contact button at the top of the page and request the backing track. If the song is current and in the charts, chances are we may produce it at normal catalogue prices.