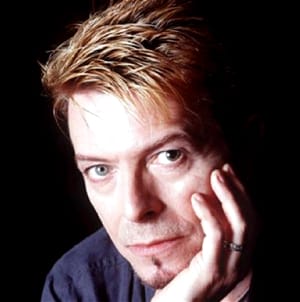 David Bowie (born David Jones) is an English singer, songwriter and record producer. "Bowie" us an innovative creator and performer. His distinctive voice and eclectic musical works show an intellectual depth not commonly seen in pop circles. Starting with release of "Space Oddity" (1960), Bowie emerged again in the early 1970's under the alter ego "Ziggy Stardust", creating a massive impression and change on British, American and Australian music. David Bowie amassed 9 platinum albums and is named in the Rolling Stone magazine's 100 greatest artists of all time.

Is your favourite David Bowie MIDI Karaoke File or MP3 backing track missing? If you need a new backing track that’s unavailable at the current time, click in the Contact button at the top of the page and request the backing track. If the song is current and in the charts, chances are we may produce it at normal catalogue prices.