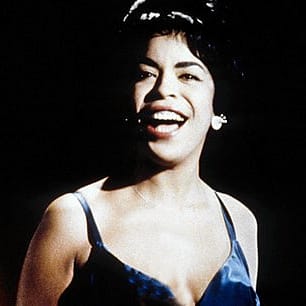 Della Reese began her career as a gospel, soul and jazz vocalist during the 1950's. Discovered by gospel singer Mahalia Jackson, Reese scored an eight week residency at the Flame Show Bar and from there amassed a steady run of hits and Grammy nominations. During the 1960's Reese, moved to television hosting her own talk show "Della". She became the first African American woman to guest host the The Tonight Show, made many appearances in TV movies and guest starred in popular TV dramas during the 1970's. (Bio by John Ialuna 2013)

Is your favourite Della Reese MIDI Karaoke File or MP3 backing track missing? If you need a new backing track that’s unavailable at the current time, click in the Contact button at the top of the page and request the backing track. If the song is current and in the charts, chances are we may produce it at normal catalogue prices.