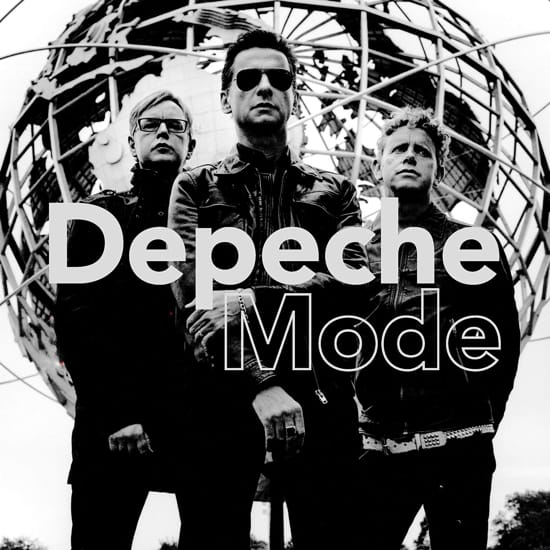 Depeche Mode are a popular English electronic/pop band that formed in 1980. The band are known for catchy hit songs that include "Just Can't Get enough", "Enjoy The Silence" and "it's No Good. The band perform primarily as a tri although there were periods throughout the 80's and 90's where they toured as a 4 piece. Modern sequencers allow the band to recreate their album sounds in a live environment allowing the band to keep its popular 3 piece line up. Depeche Mode can boast an incredible 50 songs making the UK Singles Charts and 13 top 10 albums in the UK charts. Since 1980, Depeche Mode sold over 100 million records worldwide. AMCOS Licensed. Bio by John Ialuna for Hit Trax: MIDI.COM.AU

Is your favourite Depeche Mode MIDI Karaoke File or MP3 backing track missing? If you need a new backing track that’s unavailable at the current time, click in the Contact button at the top of the page and request the backing track. If the song is current and in the charts, chances are we may produce it at normal catalogue prices.