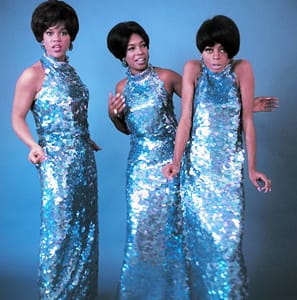 Diana Ross & The Supremes MIDI Files Backing Tracks - The Supremes were the premier act at Motown records and undoubtably the most successful female pop vocal group ever. They recorded a string of hits, created by Motown powerhouse writers Paul Williams and Eddie Kendricks. In 1967, Berry Gordon renamed the trio as Diana Ross & The Supremes where they continued with stellar recordings and performances. (© 2013 John Ialuna Biography author)

Is your favourite Diana Ross & The Supremes MIDI Karaoke File or MP3 backing track missing? If you need a new backing track that’s unavailable at the current time, click in the Contact button at the top of the page and request the backing track. If the song is current and in the charts, chances are we may produce it at normal catalogue prices.