Dion And The Belmonts MIDI Files 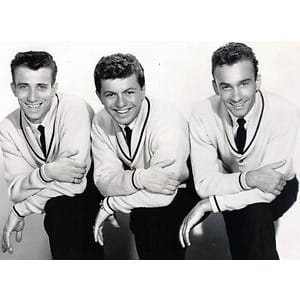 Dion and the Belmonts were a leading American vocal group of the late 1950s and led by singer Dion DiMucci. The Belmonts name came about as two of the band members lived on Belmont Ave, in the Bronx. Hits included "A Teenager in Love", "I wonder Why", "The Wanderer", "Runaround Sue" and"Ruby Baby". These worldwide hits were recorded with the uncredited "The Del-Satins" but erroneously credited to The Belmonts.

Popular Dion And The Belmonts MIDI & MP3 Backing Tracks include:

Is your favourite Dion And The Belmonts MIDI Karaoke File or MP3 backing track missing? If you need a new backing track that’s unavailable at the current time, click in the Contact button at the top of the page and request the backing track. If the song is current and in the charts, chances are we may produce it at normal catalogue prices.