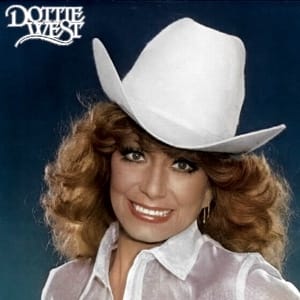 Dottie West is one of Country music's most influential and groundbreaking female artists. West had Grammy award winning hits including "Here Comes My Baby Back Again". West wrote a jingle for Coca-Cola titled "Country Sunshine" that hit #2 on the country charts. West amassed a string of industry awards and ranked in CMT top 40 greatest women of Country Music. Licensed AMCOS

Popular related genres to Dottie West include Hits Of The 1980's, Country Midi Backing Tracks, Broadway And Stage, Hits Of The 1990's, Hits Of 2011-2020 and Nashville.

Is your favourite Dottie West MIDI Karaoke File or MP3 backing track missing? If you need a new backing track that’s unavailable at the current time, click in the Contact button at the top of the page and request the backing track. If the song is current and in the charts, chances are we may produce it at normal catalogue prices.