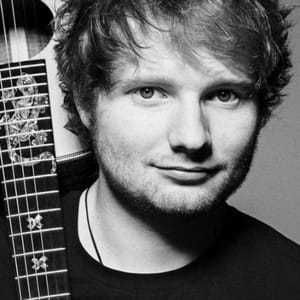 English songwriter and singer Ed Sheeran caught the attention of Elton John and Jamie Foxx. As a result, he was signed (on his talent) to Asylum records where his 2011 debut album "+" achieved a stunning quintuple platinum status. Sheeran has guested with artists Taylor Swift and One Direction among others and is regarded as a popular modern artist of the decade.

Is your favourite Ed Sheeran MIDI Karaoke File or MP3 backing track missing? If you need a new backing track that’s unavailable at the current time, click in the Contact button at the top of the page and request the backing track. If the song is current and in the charts, chances are we may produce it at normal catalogue prices.