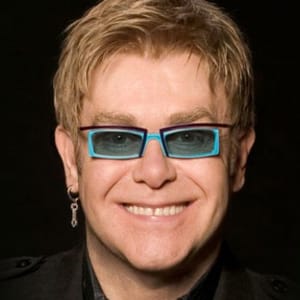 Elton John and songwriting partner Bernie Taupin have written and recorded over 30 albums of material. Elton John has sold over 270 million records worldwide. Since beginning his career in 1969, je has amassed 5 Grammy Awards and 5 Brit Awards. Elton John has become somewhat of a royalty figure in the UK and is a member of the UK Rock’n’Roll Hall of Fame. Hits include Crocodile Rock, Goodbye Yellow brick Road and Tiny Dancer. (© 2013 John Ialuna Biography author for Hit Trax)

Is your favourite Elton John MIDI Karaoke File or MP3 backing track missing? If you need a new backing track that’s unavailable at the current time, click in the Contact button at the top of the page and request the backing track. If the song is current and in the charts, chances are we may produce it at normal catalogue prices.