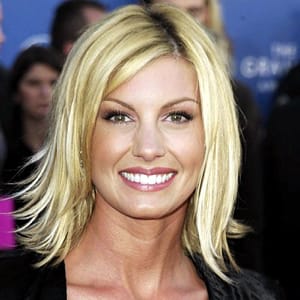 Faith Hill is an American country music artist and actress from Ridgeland, Mississippi. Hill worked her way up from secretary in a publishing firm to one of America's most popular modern country artists. Faith Hill's first 2 albums, Take Me as I Am (1993) and It Matters to Me (1995) were #1's on Billboard's Country Music charts. She has a succession of #1 and top 5 hits, country music awards and has won 5 Grammy's for "Breathe", "Cry", "Mississippi Girl", "Let's Make Love" and "Like We Never Loved at All". In 2006. Hill toured with husband and fellow Country Music legend tim McGraw which became (at the time) the highest US grossing Music Tour by Country artists. All Faith Hill MIDi Files produced by Hit Trax are AMCOS licensed and royalty paid. (C) 2017 by John Ialuna for Hit Trax: www.MIDI>COM>AU

Is your favourite Faith Hill MIDI Karaoke File or MP3 backing track missing? If you need a new backing track that’s unavailable at the current time, click in the Contact button at the top of the page and request the backing track. If the song is current and in the charts, chances are we may produce it at normal catalogue prices.