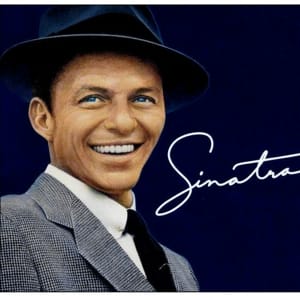 Sinatra rose to fame in the 1940’s as singer for Tony Dorsey and Harry James swing bans. He carved an enduring career as a performer and actor, becoming one of the world’s most demanded acts. During the 1970’s, he reached megastardom with his hits, New York New York and My Way. (Bio by John Ialuna 2013)

Is your favourite Frank Sinatra MIDI Karaoke File or MP3 backing track missing? If you need a new backing track that’s unavailable at the current time, click in the Contact button at the top of the page and request the backing track. If the song is current and in the charts, chances are we may produce it at normal catalogue prices.