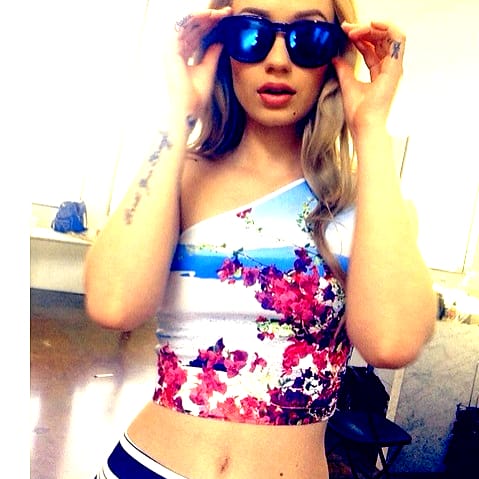 Iggy Azalea was born Amethyst Amelia Kelly on June 7, 1990 and is an Australian singer and model from Mullumbimby, New South Wales. Azalea left home at the early age of 16, heading for the USA with immediate success based on 2 controversial songs "Pu$$y" and "Two Times". In 2012, Azalea's modelling career was boosted when becoming the New Face of Levi Jeans, became the first non-American female rapper featured on XXL magazine's annual Top 10 Freshman cover issue.

Is your favourite Iggy Azalea MIDI Karaoke File or MP3 backing track missing? If you need a new backing track that’s unavailable at the current time, click in the Contact button at the top of the page and request the backing track. If the song is current and in the charts, chances are we may produce it at normal catalogue prices.