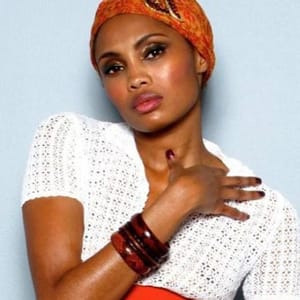 Born Nadia Mladjao on April 5 1979, Imany is a French Afro-soul singer whose name means "faith". During her youth, Imany competed on sports tracks, athletics and tried her hand at modeling with Ford Company in Europe. Eventually she returned to France to commence a career as a singer. Her 2011 debut album "The Shape of a Broken Heart" sold triple platinum in Poland and made platinum sales in France and Greece.

Is your favourite Imany MIDI Karaoke File or MP3 backing track missing? If you need a new backing track that’s unavailable at the current time, click in the Contact button at the top of the page and request the backing track. If the song is current and in the charts, chances are we may produce it at normal catalogue prices.