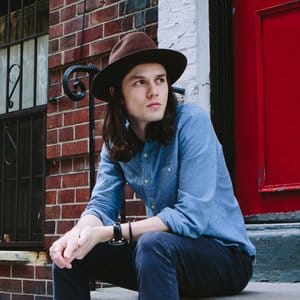 James Bay was raised in the small English town of Hitchin and began performing at open mic nights. Teaching himself guitar he moved to Brighton An audience member filmed a Bay performance and uploaded a song to YouTube where it caught the attention of Republic Records. Within a year, Bay was having hit records and headlining concerts.

Is your favourite James Bay MIDI Karaoke File or MP3 backing track missing? If you need a new backing track that’s unavailable at the current time, click in the Contact button at the top of the page and request the backing track. If the song is current and in the charts, chances are we may produce it at normal catalogue prices.