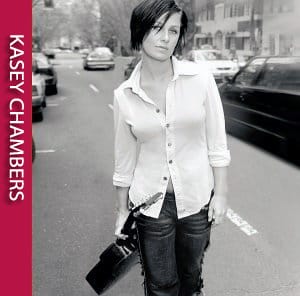 Download Kasey Chambers MIDI Files and mp3 Backing Tracks - Kasey Chambers is an Australian country singer-songwriter. She is the daughter of steel guitar player Bill Chambers, and the sister of musician and producer Nash Chambers. Her debut "The Captain" earned a 1999 ARIA Award for "Best Country Album" for The Captain and a year later "Best Female Artist". Chambers achieved National success with the song "Not Pretty Enough" from the "Barricades & Brickwalls" album and became the only Australian Female Country artist to have a #1 single and album on the Top 40 charts simultaneously (2002). (© 2013 John Ialuna Biography author)

Is your favourite Kasey Chambers MIDI Karaoke File or MP3 backing track missing? If you need a new backing track that’s unavailable at the current time, click in the Contact button at the top of the page and request the backing track. If the song is current and in the charts, chances are we may produce it at normal catalogue prices.