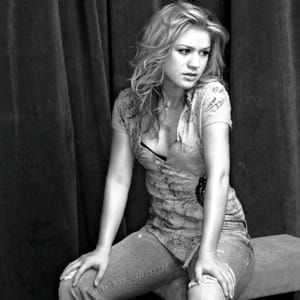 Born Kelly Brianne Clarkson on April 24th 1982, Kelly Clarkson rose to fame as the inaugural winner of American Idol 2002 (The Original Idol) and runner up in "The World Idol" in the following year. Clarkson's 2003 debut album "Thankful " sold nearly 5 million copies with its lead single "Miss Independent" becoming an international hit. Clarkson has hit the #1 chart position over 90 times, nominated and won several Grammy and music industry awards and has ventured into TV and movie roles.

Is your favourite Kelly Clarkson MIDI Karaoke File or MP3 backing track missing? If you need a new backing track that’s unavailable at the current time, click in the Contact button at the top of the page and request the backing track. If the song is current and in the charts, chances are we may produce it at normal catalogue prices.