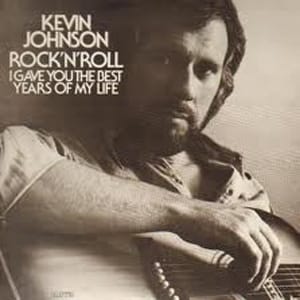 Australian singer Kevin Johnson began his singing career in the early 1960's with the band "Candymen". Johnson began writing songs and scored a publishing deal through Col Joye. He released a handful of unsuccessful singles until the 1971 single "Bonnie Please Don't Go" hit #15 nationally. The singer moved to the United States and found the going tough. Through sheer frustration of the music industry, he penned his most successful hit, "Rock and Roll I Gave You the Best Years of My Life" in 1973. The song is a living biography of a musician struggling to achieve fame and one of the greatest pop songs ever written.

Is your favourite Kevin Johnson MIDI Karaoke File or MP3 backing track missing? If you need a new backing track that’s unavailable at the current time, click in the Contact button at the top of the page and request the backing track. If the song is current and in the charts, chances are we may produce it at normal catalogue prices.