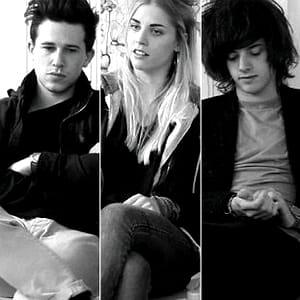 London Grammar are a British trip-hop trio featuring Hannah Reid, Dan Rothman and Dominic 'Dot' Major. The band's name was chosen as it reflects the international status of London. Rothman met Reid at University when he saw Reid's picture on facebook with her holding a guitar. He sent her a message saying they should get together (which they did) and were later joined by the other band members. After finishing their studies, the band toured festivals and in September 2013, recorded the hit, Strong.

Is your favourite London Grammar MIDI Karaoke File or MP3 backing track missing? If you need a new backing track that’s unavailable at the current time, click in the Contact button at the top of the page and request the backing track. If the song is current and in the charts, chances are we may produce it at normal catalogue prices.