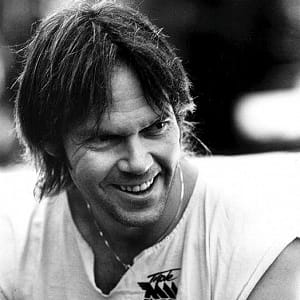 Canadian singer, songwriter and guitarist Neil Young co-founded Buffalo Springfield (with Stephen Stills and Richie Furay) in 1966, later joining Crosby, Stills and Nash in 1969. Young has achieved an amazing solo career releasing a multitude of albums, endless touring and adapting to new trends. He is widely acknowledged as the godfather of Grunge and is a dual Rock'n'Roll hall of famer. © 2015 John Ialuna Biography author. AMCOS Licensed

Is your favourite Neil Young MIDI Karaoke File or MP3 backing track missing? If you need a new backing track that’s unavailable at the current time, click in the Contact button at the top of the page and request the backing track. If the song is current and in the charts, chances are we may produce it at normal catalogue prices.