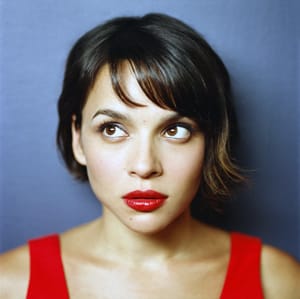 Download Norah Jones MIDI Files and mp3 Backing Tracks - Norah Jones is a composer, performer, singer, actress and the daughter of respected Sitar player, Ravi Shankar. Her debut album 'Come Away With Me" sold a staggering 26 million copies and attained 'Diamond' status. The album contained the memorable single "Don't Know Why". Recognized by Billboard Magazine as the most relevant jazz artist of the early 2000's era, Jones is a multiple Grammy award winner, including record of the year and best artist.(© 2013 John Ialuna Biography author)

Is your favourite Norah Jones MIDI Karaoke File or MP3 backing track missing? If you need a new backing track that’s unavailable at the current time, click in the Contact button at the top of the page and request the backing track. If the song is current and in the charts, chances are we may produce it at normal catalogue prices.