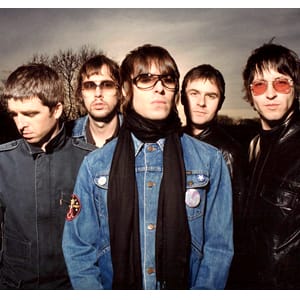 Oasis were an English band formed in 1991 around brothers Liam and Noel Gallagher. The band signed to Creation Records, an independent label. In 1994 they released Definitely Maybe and established themselves as a headline act. In 1997, Oasis released "Be Here Now" selling over 8 million albums. The band has 8 UK #1 one singles and 8 #1 one albums to their credit. Oasis released a total of 8 albums over their career 1991 - 2008. (© 2016 John Ialuna Biography author for Hit Trax)

Is your favourite Oasis MIDI Karaoke File or MP3 backing track missing? If you need a new backing track that’s unavailable at the current time, click in the Contact button at the top of the page and request the backing track. If the song is current and in the charts, chances are we may produce it at normal catalogue prices.