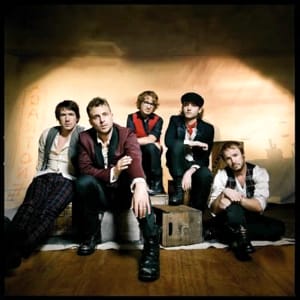 OneRepublic was a MySpace success story and discovered by actress Kelly Barrett in 2003. OneRepublic's debut single 'Apologize' received a record breaking 10.331 plays in a single week. The alternative rock band has sold platinum albums and achieved numerous nominations and wins in music awards throughout thre world. (Bio by John Ialuna 2013)

Is your favourite Onerepublic MIDI Karaoke File or MP3 backing track missing? If you need a new backing track that’s unavailable at the current time, click in the Contact button at the top of the page and request the backing track. If the song is current and in the charts, chances are we may produce it at normal catalogue prices.