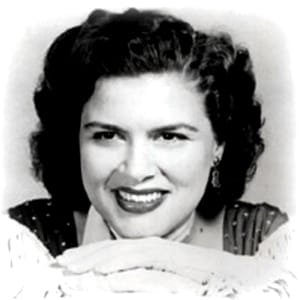 Country singer and songwriter Patsy Cline was born Virginia Patterson Hensley in 1932. Patsy was a much loved singer with millions of fans owning her records, many since her premature death in a plane cash in 1963. Cline is reverred in country circles assisted by her massive hits "Walkin' After Midnight", "I Fall to Pieces", "She's Got You", "Crazy" and "Sweet Dreams". In 1973, ten years after her death, Pasty Cline was inducted in the Country Music Hall of Fame.

Is your favourite Patsy Cline MIDI Karaoke File or MP3 backing track missing? If you need a new backing track that’s unavailable at the current time, click in the Contact button at the top of the page and request the backing track. If the song is current and in the charts, chances are we may produce it at normal catalogue prices.