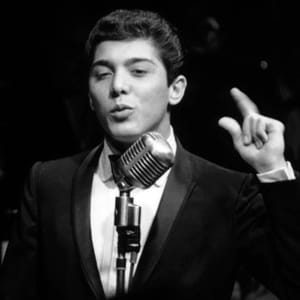 Download Paul Anka MIDI Files Karaoke and mp3 Backing Tracks - Born Paul Albert Anka, is a Canadian born singer, songwriter and actor. Anka attained fame during the 1950s and 1960s with hits including "Diana", "Lonely Boy", and "Put Your Head on My Shoulder". He went on to write the theme for Johnny Carson's "The Tonight Show", Tom Jones' hit, "She's a Lady"and the English lyrics for Frank Sinatra's signature song, "My Way". In 1983, he co-wrote with Michael Jackson the song "I Never Heard", which was retitled and released in 2009 under the name "This Is It". (© 2013 John Ialuna Biography author)

Is your favourite Paul Anka MIDI Karaoke File or MP3 backing track missing? If you need a new backing track that’s unavailable at the current time, click in the Contact button at the top of the page and request the backing track. If the song is current and in the charts, chances are we may produce it at normal catalogue prices.