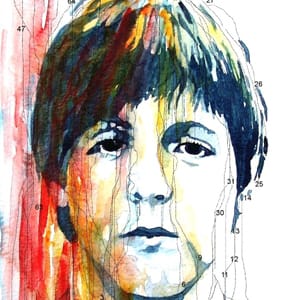 Sir James 'Paul' McCartney was one half of the world's greatest pop songwriting team "Lennon & McCartney, bass player and singer in "The Beatles" , "Wings" and a highly successful solo career. Paul McCartney is recognised as the world's most successful song composer and recording artist of all time, selling over 100 million albums and 60 Gold Records

With too many music awards to mention, McCartney is also a MBE , honorary Doctor of Music (Yale University) and was knighted by queen Elizbeth II for his services to music (1979). In 2010, President Barack Obama honoured McCartney with the Gershwin Prize for his contributions to popular music. (© 2013 John Ialuna Biography author)

Is your favourite Paul Mccartney MIDI Karaoke File or MP3 backing track missing? If you need a new backing track that’s unavailable at the current time, click in the Contact button at the top of the page and request the backing track. If the song is current and in the charts, chances are we may produce it at normal catalogue prices.