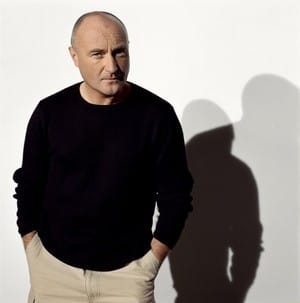 Phil Collins is an English drummer, singer/composer, multi-instrumentalist, record producer and part time actor. Collins had a stellar solo career post "Genesis". He sits alongside Paul McCartney and Michael Jackson as one of 3 artists to have sold over 100 million albums both as part of a band and separately, as a solo artist. (© 2013 John Ialuna Biography author)

Is your favourite Phil Collins MIDI Karaoke File or MP3 backing track missing? If you need a new backing track that’s unavailable at the current time, click in the Contact button at the top of the page and request the backing track. If the song is current and in the charts, chances are we may produce it at normal catalogue prices.