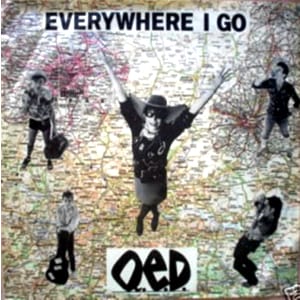 QED were an Australian band formed in 1983. The band featured singer Jenny Morris, Rex Goh, Shane Flew and Ian Belton. QED recorded one album "Animal Magic" produced by Mark Moffatt and released in 1984 on the EMI label along with 3 singles. Their most known hit is the catchy "EveryWhere I Go". QED disbanded in 1985 and singer Jenny Morris embarked on a successful solo career. AMCOS Licensed. (© 2017 John Ialuna for Hit Trax author for Hit Trax)

Is your favourite Qed MIDI Karaoke File or MP3 backing track missing? If you need a new backing track that’s unavailable at the current time, click in the Contact button at the top of the page and request the backing track. If the song is current and in the charts, chances are we may produce it at normal catalogue prices.