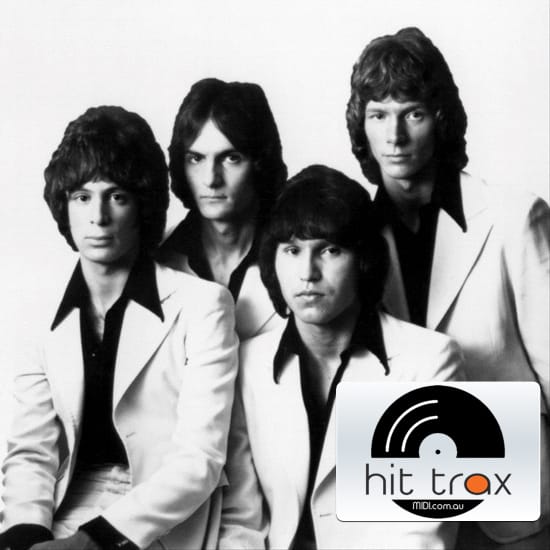 American 70's band the 'Raspberries' recorded a string of pop/rock hits heavily influenced by British rock along the likes of The Beatles, The Who and The Hollies. The band was headed by singer/guitarist Eric Carmen and featured Wally Bryson (guitarist), Jim Bonfanti (drums), and Dave Smalley (guitars/bass). Their biggest hit "Go All The Way" was a gold record, achieving over one million sales. All Raspberries MIDI Files and MP3 Backing Tracks are AMCOS licensed and royalty paid.

Is your favourite Raspberries MIDI Karaoke File or MP3 backing track missing? If you need a new backing track that’s unavailable at the current time, click in the Contact button at the top of the page and request the backing track. If the song is current and in the charts, chances are we may produce it at normal catalogue prices.