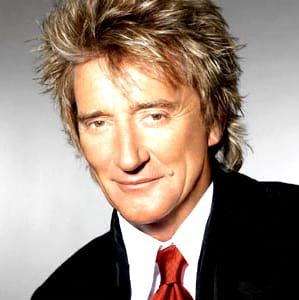 Two time inductee in the Rock’n’Roll hall of fame, Rod Stewart has a distinctive singing voice and began his career with the Jeff Beck Group and later alongside Ronnie Wood with the Faces.

Stewart has sold over 100 million records with hits in every decade from the 60’s to the 2000’s. His American Songbook classic hits series endured him to a new generation of listeners. (© 2013 John Ialuna Biography author)

Is your favourite Rod Stewart MIDI Karaoke File or MP3 backing track missing? If you need a new backing track that’s unavailable at the current time, click in the Contact button at the top of the page and request the backing track. If the song is current and in the charts, chances are we may produce it at normal catalogue prices.