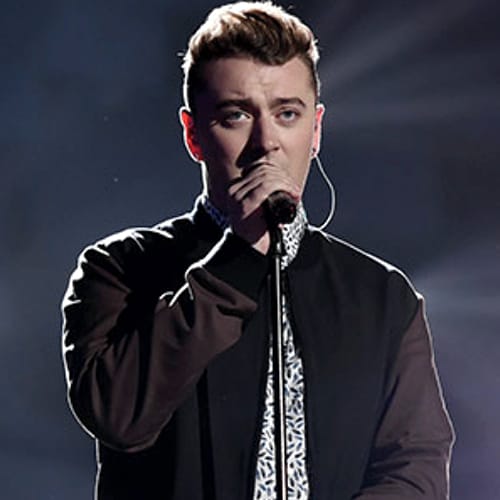 Sam Smith is a British singer and songwriter. Smith's first success was in 2012 with the UK top 10 single "Latch" before hitting #1 spot in 2013 as featured vocalist on Naughty Boy's "La La La". Sam Smith's 2014 release "Stay With Me" hit the top of the charts in the USA, UK and Australia making the song his greatest hit to date.

Is your favourite Sam Smith MIDI Karaoke File or MP3 backing track missing? If you need a new backing track that’s unavailable at the current time, click in the Contact button at the top of the page and request the backing track. If the song is current and in the charts, chances are we may produce it at normal catalogue prices.