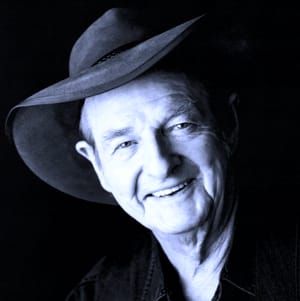 Slim Dusty was born David Gordon Kirkpatrick on June 13 1927 and died in September 2003. With a career spanning seven decades, Slim Dusty is one of Australia's most loved country music legends. Slim was a profound songwriter, producer and singer, recording songs based on poems of Henry Lawson and Banjo Paterson. Slim's songs were endearing and included two national #1 hits "A Pub With No Beer" and "Duncan". He received no less than 37 Golden Guitar awards, two Aria's and is an inductee of the ARIA Hall of Fame and the Country Music Roll of Renown. Slim dusty recorded 106 albums with Australian sales surpassing seven million.

Is your favourite Slim Dusty MIDI Karaoke File or MP3 backing track missing? If you need a new backing track that’s unavailable at the current time, click in the Contact button at the top of the page and request the backing track. If the song is current and in the charts, chances are we may produce it at normal catalogue prices.