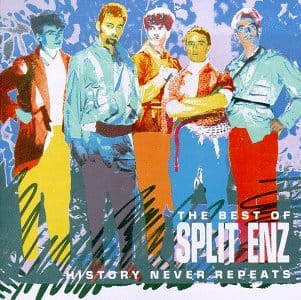 Formed in 1972 Split Enz were known for their clever songs, costumes and outrages performances. Commercial success happened when singer Tim Finn's brother, Neil joined the band. Hits include "I see red", I hope I never", "I got you", "History never repeats" and "One step ahead". (© 2013 John Ialuna Biography author)

Is your favourite Split Enz MIDI Karaoke File or MP3 backing track missing? If you need a new backing track that’s unavailable at the current time, click in the Contact button at the top of the page and request the backing track. If the song is current and in the charts, chances are we may produce it at normal catalogue prices.