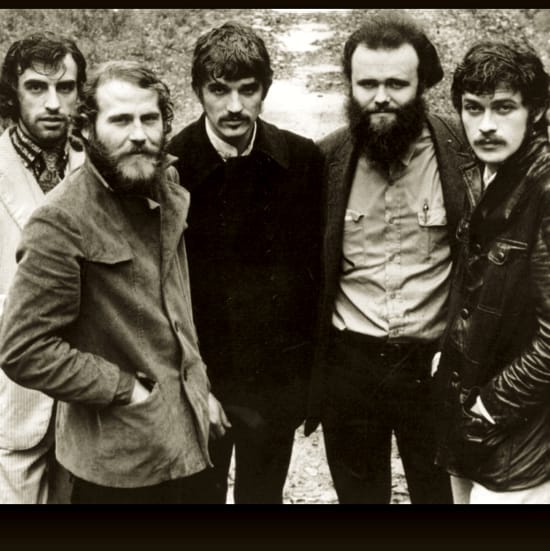 Canadian Band 'The Band' are a roots rock country band formed in Toronto in 1968. The first incarnation was formed through rockabilly performer Ronnie Hawkins who left in 1964 . In 1966 Bob Dylan hired the band as his own backing band for a US tour. After the tour the members called themselves 'The Band' and continued on their own career.

The Band MIDI Files, MIDI Karaoke MP3 professional backing tracks and Lyrics produced by Hit Trax. Click on any title to view song details like tempo, key, BPM, length and a preview The Band video. View and print The Band song lyrics which include MIDI Instrument track listing (* where available) all from the song page.

Is your favourite The Band MIDI Karaoke File or MP3 backing track missing? If you need a new backing track that’s unavailable at the current time, click in the Contact button at the top of the page and request the backing track. If the song is current and in the charts, chances are we may produce it at normal catalogue prices.