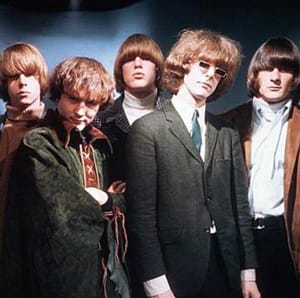 Download The Byrds MIDI Files and mp3 Backing Tracks - Fronted by Roger McGuinn, the Byrds were an American rock band with commercial success limited to around 3 years (1965 to 1967). In this short time, they managed to become one of the most influential bands of the 1960's, fusing folk, country and psychedelic rock into a unique blend of music. The Byrds sound was distinguished by McGuinn's signature sounding Rickenbacker twelve-string guitar. Their hits include "Turn! Turn! Turn", "Mr. Tambourine Man", "I'll Feel a Whole Lot Better" and "Eight Miles High". (© 2013 John Ialuna Biography author)

The Byrds MIDI Files, MIDI Karaoke MP3 professional backing tracks and Lyrics produced by Hit Trax. Click on any title to view song details like tempo, key, BPM, length and a preview The Byrds video. View and print The Byrds song lyrics which include MIDI Instrument track listing (* where available) all from the song page.

Is your favourite The Byrds MIDI Karaoke File or MP3 backing track missing? If you need a new backing track that’s unavailable at the current time, click in the Contact button at the top of the page and request the backing track. If the song is current and in the charts, chances are we may produce it at normal catalogue prices.