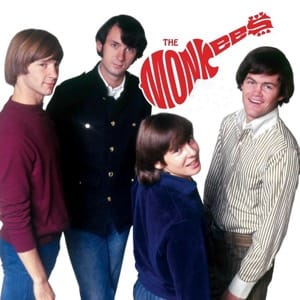 The Monkees MIDI Files Backing Tracks - Davy, Micky, Pete and Mike are "The Monkees", a band who appeared their own television series on NBC from 1966 to 1968. The Monkees were formed in 1965 especially for the TV show and became a phenomena and teen sensation on their own, touring the world and recording over 20 Hit songs. (© 2013 John Ialuna Biography author)

Related Artists: The Hollies The Beatles The Byrds The Cowsills The Searchers Neil Diamond

The Monkees MIDI Files, MIDI Karaoke MP3 professional backing tracks and Lyrics produced by Hit Trax. Click on any title to view song details like tempo, key, BPM, length and a preview The Monkees video. View and print The Monkees song lyrics which include MIDI Instrument track listing (* where available) all from the song page.

Is your favourite The Monkees MIDI Karaoke File or MP3 backing track missing? If you need a new backing track that’s unavailable at the current time, click in the Contact button at the top of the page and request the backing track. If the song is current and in the charts, chances are we may produce it at normal catalogue prices.