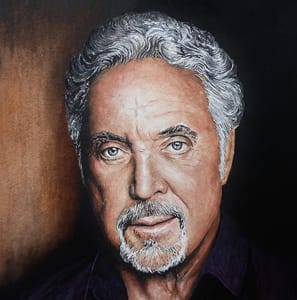 Download Tom Jones MIDI Files and mp3 Backing Tracks - Welsh born Tom Jones began his career during the 1960's performing a wide range of music including pop, country, soul, R&B and contemporary. He received a Grammy Award for Best New Artist in 1966, an MTV Video Music Award in 1989, two Brit Awards and awarded an OBE in 1999. Jones was knighted by Queen Elizabeth II for services to music.

Is your favourite Tom Jones MIDI Karaoke File or MP3 backing track missing? If you need a new backing track that’s unavailable at the current time, click in the Contact button at the top of the page and request the backing track. If the song is current and in the charts, chances are we may produce it at normal catalogue prices.